These are the five prize-winning photographs from the 2009 Colors of Life International Photo Contest. 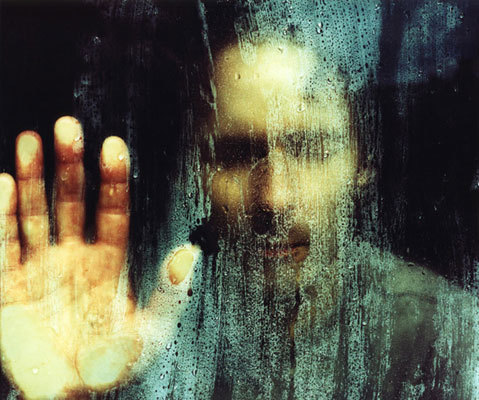 Dreams are a part of everyone’s life, vivid or vague, colour or black and white, whether remembered, or lost forever at sunrise. Through my photography, its imagery and colour, I hope to make work that people can respond to emotively, and access some of the many levels of our sub-concious lives and experiences, to try and reawaken our forgotten dreams, the fear or the excitement of the sublime. This is a series of 10 images, drawing on the visual language of my own dreams. 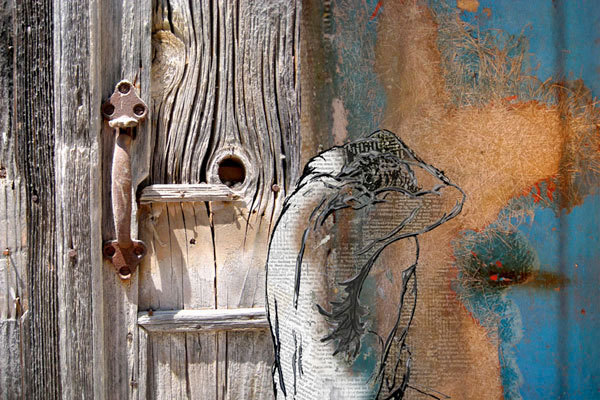 Naxos Blue from the series “Layers” is a collage of photos with a sketch and acrylic paint overlay. It consists of photographs that were taken on the island of Naxos, Greece. The work embodies the co-existence of contrasting forms of media, of animate with inanimate, and of distinctive attributes of culture and place and time, creating an environment that reflects the harmony of their discourse and speaks to our longing that we can all similarly connect disparate elements of our inner selves. 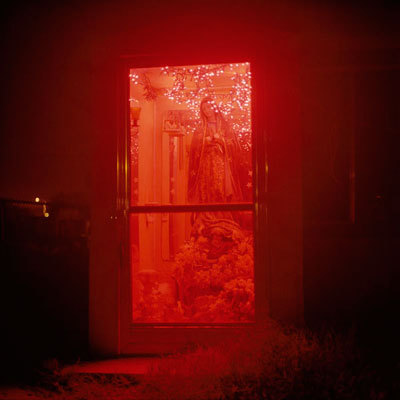 Mexican Catholics interpret much of their faith through the Virgin of Guadalupe, who appeared to an early Aztec convert. Altars like this one from Coolidge, Arizona, generally appear in front yards and act as conduits of prayer, mourning, and protection.

For their photos containing a strong indictment of malaises of modern society such as war and its macro-economic underpinnings, consumerism and mass production, we are pleased to announce two honorable mention awards to: 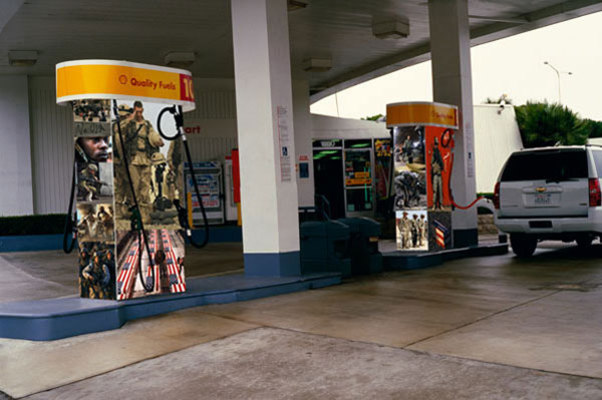 This piece, Soldiers per Gallon attempts to reflect the human and environmental costs of unenlightened political and industrial policies. In addition to those costs is the irony that alternatives to petroleum have existed. Generally, my work is not political in this manner, and my work does not include staging or manipulating images. But sometimes you just get to a point that if you have a means of trying to convey an idea that might spur change, then it should be attempted. The photograph was staged with a rented SUV and taken at a Shell gasoline station. The images that are added to the front and side of the gasoline pumps are from soldiers’ blogs and online postings of their experiences. The coloring of the filler hose entering the SUV is also manipulated to represent their blood. Each image on the gasoline pumps tells a story, and I think they are powerful images on their own. The tag line, “Quality Fuels”, on the top of the pumps is not a manipulation, and yes, very poignant. 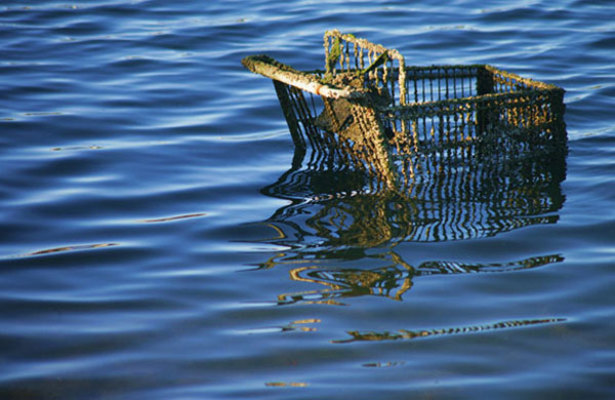 The consequences in the aftermath of the failure of the global consumerism ethos are many and profound, impacting the economy, the environment and the individual. The global economy is in ruins. Our planet is drowning in pollution. As individuals, we abandoned much of our humanity, our shallow ambitions have been exposed and our souls emptied. The abandoned, empty and drowning shopping cart imagery captures all of this.